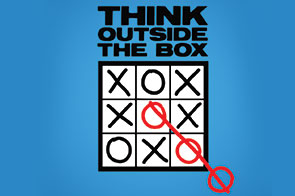 The act of seeking and trading solutions is essential to making progress. One has to realize the best answer may not be their own and the seed for a great idea may lie right in front of you.

A number of years ago, IBM had a practice of releasing new enterprise storage systems into the market without allowing third party competitive software testing. This resulted in a slow adoption for the new products by customers using any of the competitive applications. As the New Product Introduction Manager I tilted the windmills of senior management and in the process compiled a list of reasons why change wasn’t possible. Frankly it was a political issue of domain protection by the software product team. The primary reason was cross contamination of IP between IBM and the others. In my search for a solution I found-out that the AS-400 product line, which relied almost exclusively on third-party applications had set-up a test center to mitigate the IP issues. With some negotiations and a revisit to the division executives I initiated a program for the next product release. At product announce IBM marketing had all the major third-party on stage with them; the customers were delighted. In this case, I found someone who had already resolved a similar situation and moved my organization out of the box they had created for themselves.